Here's a quirky but fun take on the Nativity story --- especially for those of us who are relatively adept at the new social media but still have our moments of caution!  Just click on the title of this post and you'll be connected to Youtube.
Posted by The Ven. Richard Geoffrey Leggett, Ph.D. at 3:59 PM No comments:

Mission & Money --- A Not So Peaceable Kingdom 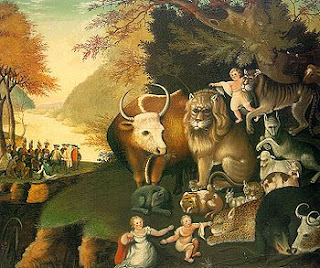 The Ven. Richard Geoffrey Leggett, Ph.D.
Delta, British Columbia, Canada
Richard is a presbyter of the Anglican Diocese of New Westminster with a number of responsibilities. He is currently Vicar of Holy Trinity Cathedral in New Westminster and Archdeacon of Westminster. Richard is also the Principal Consultant for Liturgy Pacific, a worship consultancy providing educational seminars and resources for congregational life and ministry. After 23 years as a member of the faculty of Vancouver School of Theology, Dr Leggett became Professor Emeritus of Liturgical Studies in 2010. Since 1989 Dr Leggett has served on various national committees of the Anglican and Evangelical Lutheran churches in Canada and has been a participant in the work of the International Anglican Liturgical Consultation. From 2010 to 2016 he was a Member of the Liturgy Task Force of the Anglican Church of Canada.